Oh yea the place I was talking about is 4cahn, the forum. there’s like a ton of forums and that one is infamous for some reason? idk maybe it’s just the easiest one to talk about online.

I guess there’s a lot of things the internet can be used for, maybe I should try to do something good with whatever I have… but nah, I think I’ll just act like an idiot and succumb to decay. Sorry to disappoint. The terms for people like me either are pity or ”blowing off.” I guess I just feel small, like even in a society of short people I’m still very short.

Twitter and the internet are always offering me serious topics and people are often asking me how I’m doing, on account of the insults and hatred which is directed at me. I can say I’m doing poorly, but that won’t change the years of damage done. Supposedly I even self sabotage— I take the stance that we are a failed experiment, and whatever we (as in everyone) do doesn’t matter, including others when they harm me. To me, all actions are like moving the sand, and you will be ended by the earth’s movements as quickly as you were conceived. (Oooooo sex joke, way to remind everyone that u are a fetish, writer).

stan being the beaten down not the winner 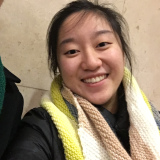